Softly leafing through an old, faded notebook, I came across a recipe that looked familiar yet at the same time different. The ingredient list I knew, but the technique was different. It was a simple cookie I baked growing up called a chocolate chip meringue, but this recipe was called Forgotten Cookies. 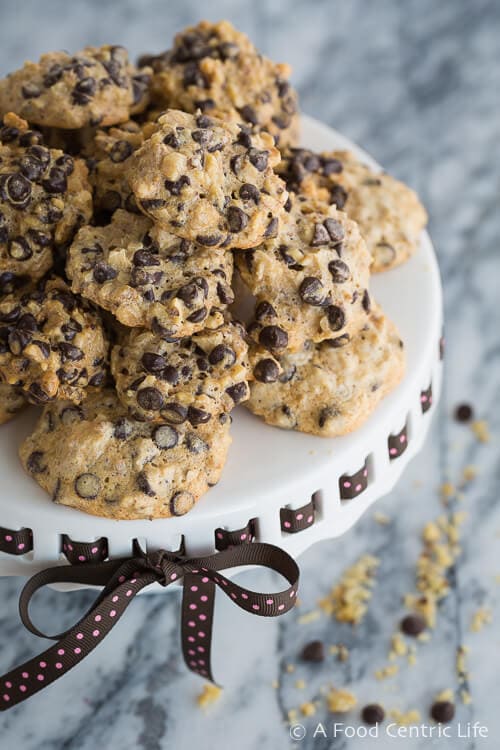 With the passing of my mother-in-law, Wilma, came reorganizing of her papers and files.  In one of her old notebooks I found a neatly typed recipe card for Forgotten Cookies. I had never heard of it, but apparently it is a well known old recipe.

At first glance, this looked like a fairly standard meringue cookie with egg white, cream of tartar, chocolate chips, nuts and sugar. But instead of baking them off until crisp, these cookies were placed in a hot oven, the heat turned off, and left overnight – forgotten. In the morning they were crisp and delicious.

Wilma’s recipe called for two egg whites and 2/3 a cup of white refined sugar, plus chocolate chips and walnuts. When I saw the amount of sugar, I wanted to play with reducing it to make it a healthier option for not only a treat, but for my father-in-law who is diabetic.

We know that consuming sugar, even natural and unrefined forms like honey and maple syrup, must be carefully watched. It’s all sugar to our bodies, and unfortunately sugar is damaging.

Turning to artificial sweeteners is not a good answer either. Ingredients like aspartame, acesulfame, sucralose, sugar alcohols such as malitol and xylitol (sweeteners that end in ‘ol’) are highly controversial. Some studies show artificial sweeteners contribute to weight gain, diabetes and obesity. So what do we do for a little sweetness in our diet? 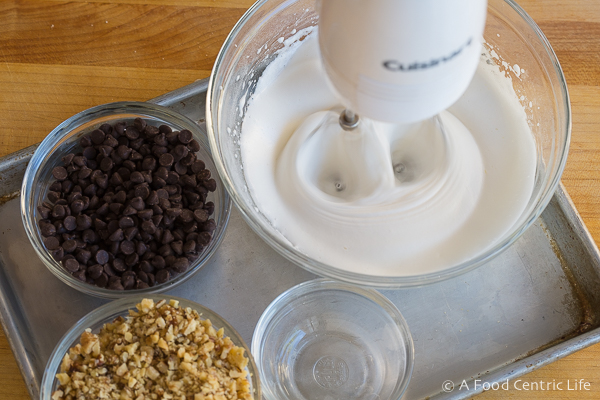 As I continually work to reduce sugar in recipes I’ve turned to using stevia. Made from an herb, stevia is totally natural and does not raise blood sugar. It is one of the few safe alternative sweeteners available that we can use in small amounts. Stevia comes in liquid and granular forms. For this recipe, I used a granulated version made by Wholesome Sweeteners. You can read about it on their website. 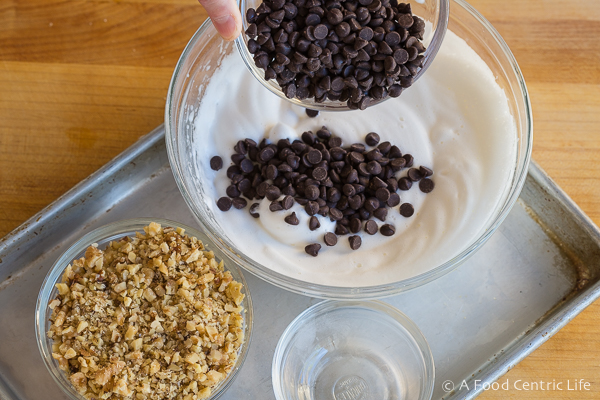 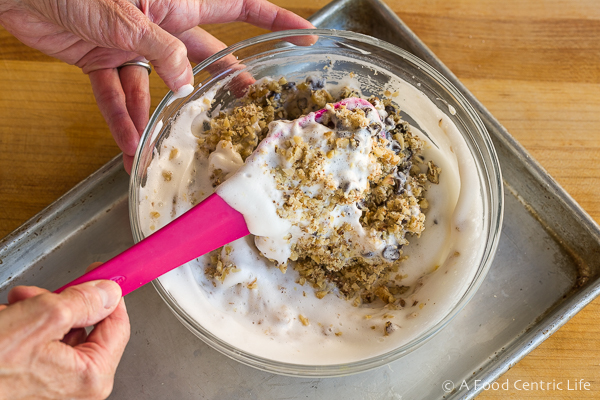 Stevia is much sweeter than sugar, so I used half of the amount, just 1/3 cup, of stevia in my cookie tests. The first batch I folded the stevia in at the end. The result was a flatter cookie with nice crispness. The second batch I whipped the stevia into the egg whites as you would for a traditional meringue, then folded in the nuts and chips. That batch produced a more mounded cookie. Do whichever you prefer.

If you are sensitive to the slight bitter after taste of stevia, know that the chocolate and walnuts hide it pretty well.

If you usually reach for the standard yellow bag of chocolate chips, know that 1 tablespoon of those chips has 8 grams of sugar. That is equal to two teaspoons of sugar.

I recently discovered a dark chocolate chip made by Lily’s. This brand tastes great and has zero grams of sugar, are gluten-free and non-GMO. These chips are made with stevia and erythritol.

Now I just got done saying that stuff ending in “ol” is best avoided. Erythritol is a little different. Our bodies do not digest erythritol, so most of it is excreted. If consumed in large amounts, some people experience digestive upset. In this recipe I am willing to make the trade-off for no sugar. Do what works best for you. There are options. 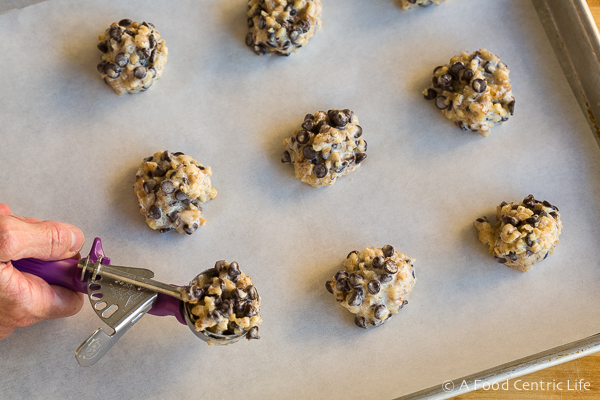 Lastly, I will remember not only my mom but my mother-in-law, Wilma, when I bake a batch of these Forgotten Cookies. They are both in heaven now, gone from this life, but  never forgotten. 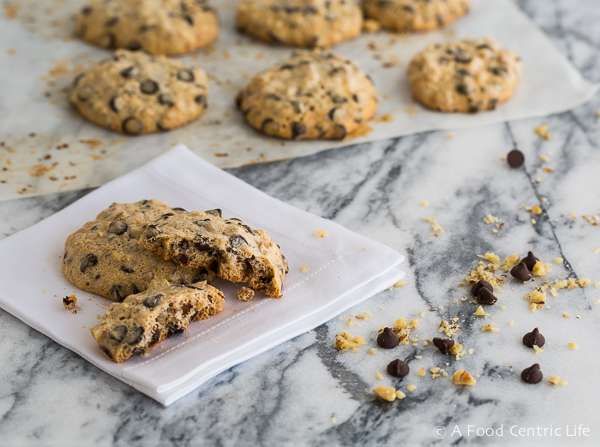 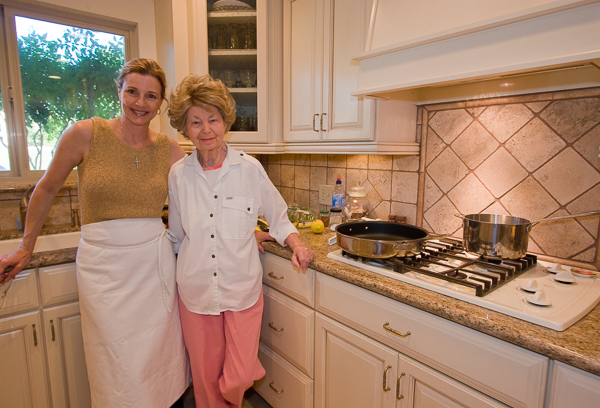 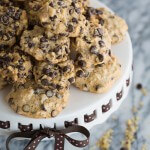 Forgotten cookies, called so because you make the batter and portion them, then put them in the oven and forget about them overnight. Make them with all sugar, half sugar or all stevia depending on your dietary preference. Once made, you will never forget these cookies. Note, room temperature whites whip better than cold ones.

Note on sugar options – If you are going to use all sugar or half sugar/half stevia, add the sugar to the egg whites when they are frothy when beating with the mixer. Beat until stiff, the fold in chips and nuts.  If you want more of a mounded cookie versus a flat cookie, do this for the all stevia version too.
5 Comments