Gazpacho Andaluz and My Tour at Sub-Zero Wolf

Who could resist an invitation to a culinary playground? Not me. Last week I had the opportunity to tour the brand new Sub-Zero Wolf showroom in Costa Mesa, California. It’s nothing short of incredible. If you love to cook, it is like going to Disneyland. There are over 30 of these beautiful facilities in the country, and many people don’t even know they exist. Join me for my visual tour, then find a showroom in your area. 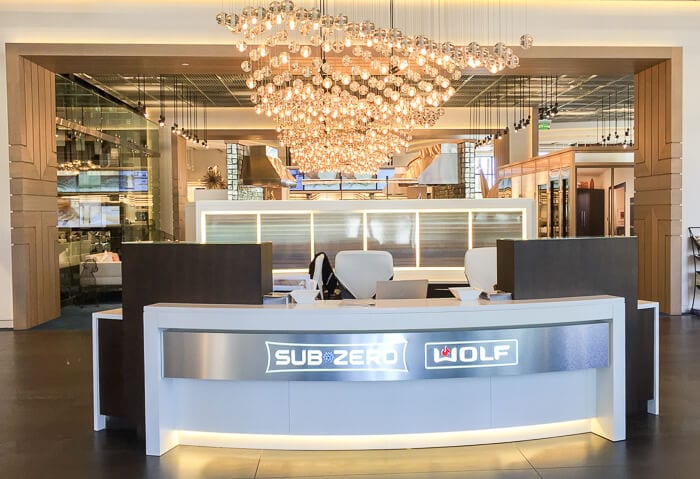 My Visit to the Sub-Zero and Wolf Showroom

Arriving at the showroom, I was given the full tour. Walking around, I oohed and aahed over all of the latest products from Sub-Zero and Wolf. Beautiful, full-scale kitchen vignettes showcased how products could be installed in different ways, with different styles. If you are remodeling or planning to remodel one day, this is the place for ideas and inspiration.

What impressed me was how flexibly the ovens, ranges, and refrigeration products could be installed to fit in any size kitchen, from large to small. It also gave me ideas “outside of the box” for ways to accomplish what you need for your own kitchen, say, with under counter refrigerator drawers in strategic places for easy family access. 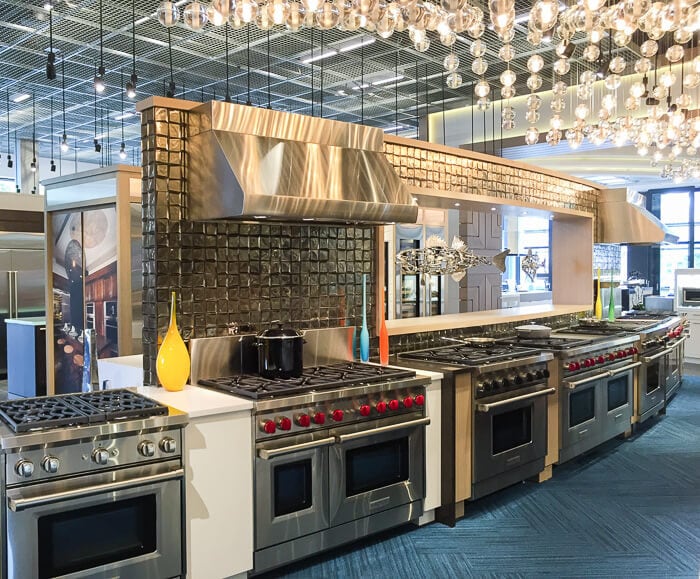 One thing I wish I had room for was a Wolf convection steam oven. Up until now, steam ovens were mainly found in professional kitchens. Now they are available for home kitchens. Steam ovens can replace a microwave and offer far more functionality while preserving the nutrition of your food. While we were enjoying a latte from the Wolf built-in coffee system, someone had missed lunch. Chef Chris popped a plate of chicken, farro and poached tomatoes into the steam oven and in 2 minutes, it came out fresh, hot and steaming. Talk about new life for leftovers!

The showrooms also have full-scale teaching kitchens for cooking demos. The day of my tour, Sub-Zero and Wolf Corporate Chef, Chris Harbrant, taught a class highlighting the flavors of Spain. His lovely and simple Gazpacho Andaluz soup recipe is included with this post. 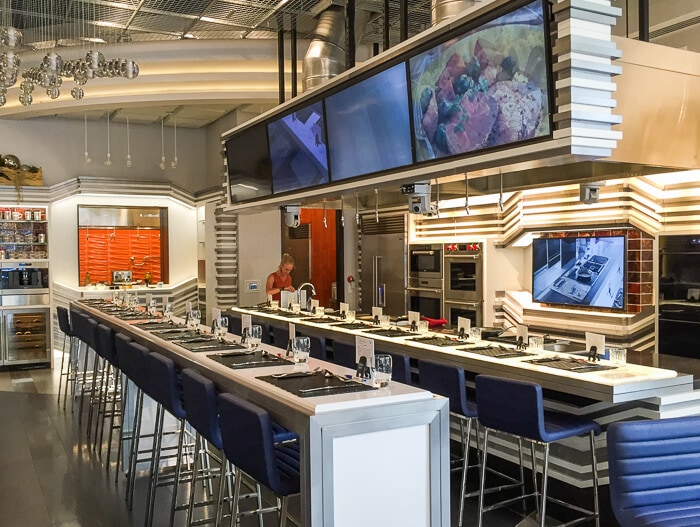 While I love to teach cooking classes, it was nice to be on the other side just relaxing and enjoying. It’s a good way to see the products in action and be able to ask questions of the Chef on how the products really work. And of course we were treated to a nice lunch.

If seeing the products in action are not enough, many showrooms will let you bring groceries and actually cook on the products to help make your decision. And you thought test drives were only for buying cars!

Why Go To a Showroom

Twice I’ve had the excitement (and challenge) of remodeling a kitchen. Choosing major appliances is a major decision – a decision that you will live with for a long time (10, 15 even 20 years). Making the right choice and the right investment is critical. That is the value of going to a showroom.

When we remodeled, the best place to shop for major appliances was giant stores that carried a multitude of brands. While you can see lots of products in these stores, it is hard for the sales people to have the depth of knowledge that the Sub-Zero and Wolf brand experts do. Take advantage of their knowledge before you decide.

In my last two homes, I chose Sub-Zero for my refrigerators and wine refrigeration. Unfortunately I chose another product for my range, one that has not served me as well as planned. I wish the showroom had been around when we remodeled nine years ago. I might have the Wolf range I am looking at now, which is why I said yes to the tour invitation.

My range is like the engine in my house and this house needs a new engine. I am seriously considering upgrading my current range and exhaust system to Wolf.

7-22-19 Post Update – Finally! Four years after the tour and post, I am getting my new full Wolf and Sub-Zero kitchen! I decided on the 48″ dual fuel range with griddle, a steam oven (yay!), a warming drawer, microwave, large and small wine fridges, 48″ all stainless refrigerator, and two new Cove dishwashers! The house will be done in November so my install date is a few months out but I’m beyond excited! Dreams to come true! 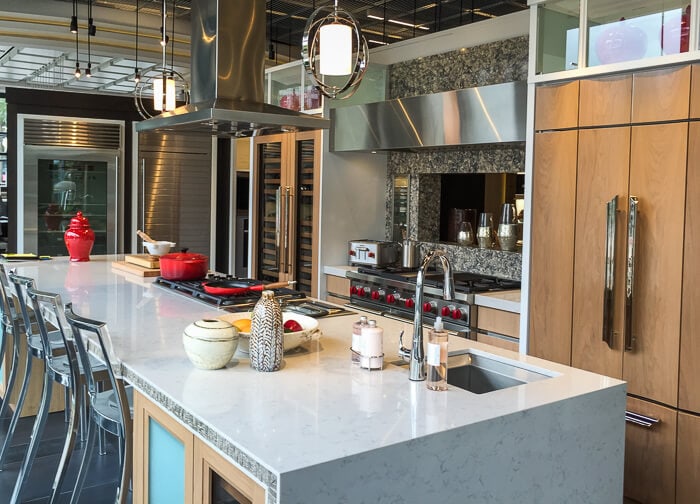 If you are concerned about sales pressure, not to worry. There is nothing for sale here. No sales people, just brand experts who happily educate you. The team was so friendly, helpful, knowledgeable and patient with questions. Even if you are not remodeling today, but planning for the future, have fun and tour one of the Sub-Zero and Wolf showrooms. It’s the ultimate place for kitchen inspiration. 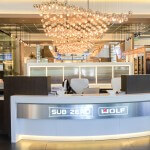 Print Pin
No ratings yet

This vibrant Spanish tomato soup is easy to make and can be done ahead of time. Thanks to Sub-Zero Wolf Corporate Chef Chris Harbrant for sharing his recipe. If you have saffron in your spice arsenal, it would be a nice and traditional Spanish spice addition.
Servings 4